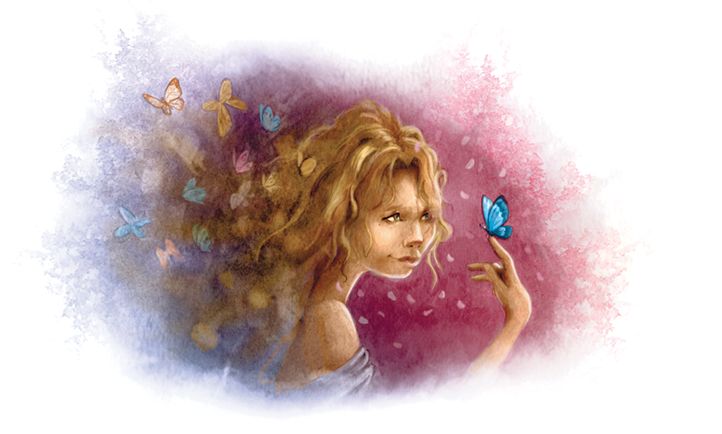 
The Augustus of Prima Porta and the Alexander Sarcophagus retained bold hues when they were discovered, as contemporaneous paintings of them confirm. Scholars who continued to discuss polychromy were often dismissed. We benefit from a whole range of assumptions about cultural, ethnic, and racial superiority. We benefit in terms of the core identity of Western civilization, that sense of the West as more rational—the Greek miracle and all that. In the twentieth century, appreciation for ancient polychromy and decoration went further into eclipse—largely on aesthetic, rather than racial, grounds.

Modernism lauded the abstraction of white forms and derided earthy verisimilitude in sculpture. After the Second World War, European architects sought a neutral common heritage by promoting the modest virtues of spare white spaces, such as the parliamentary building in Bonn. Over the centuries, many art restorers and dealers felt obliged to vigorously scrub Greek and Roman objects, so as to enhance their marmoreal gleam—and their collectibility.

Mark Bradley, a classicist at the University of Nottingham, believes that in some cases restorers were merely trying to remove residue left by oil lamps that had lit galleries before the advent of electricity. The sculptures, made from a creamy white marble, appeared to have negligible speckles and stains.

But Abbe knew better. He had examined their surfaces with a powerful microscope and with infrared and UV light, and had discovered rich purples, blues, and pinks. In , Giovanni Verri, who now teaches conservation at the Courtauld Institute, in London, figured out how to confirm the presence of an ancient pigment known as Egyptian blue. It has a remarkable capacity for luminescence under infrared light, and Verri found that in digital photographs taken under such light it glistened like ice crystals.

Abbe had seen these sparkles on the two Roman busts.


A conservation scientist from the Indianapolis Museum of Art, Gregory Dale Smith, would undertake the extraction of the samples, the largest of which would be the size of the period at the end of this sentence. Smith, who arrived at the storage facility later that afternoon, told me that he had skipped coffee that day—he needed to have the steadiest of hands. Julie Van Voorhis, an art-history professor at Indiana who is researching the busts, had joined Abbe and me, along with Juliet Graver Istrabadi, the ancient-art curator from the Eskenazi Museum.

For a while, the four of us stood in a polite semicircle and gazed at the statues, as though we were guests at their party and they were about to give a toast. Ancient organic dyes—such as Tyrian purple, made from the glands of sea snails—are harder to identify, but scholars have had some success using surface-enhanced Raman spectroscopy, which measures molecular vibrations. Abbe, who is forty-five, tall, and slim, was wearing a dapper dark suit and a narrow floral tie.

He has a springy energy that reminded me of an actor playing a brainy young inventor. He told me that, when he first examines a sculpture for signs of polychromy, he looks at it for hours, aided by a device that involves a magnifying glass and an L. A terra-cotta statue of Eros, from the third century B. Traces of blue and purple pigment can be seen on the wings.

Once your eyes are properly adjusted, you can go in and see details. Abbe and Van Voorhis are interested in finding out not just which colors the ancients favored but what techniques they used to apply paint: how sculptors polished stone surfaces in preparation for pigment, how they added highlights and shading to faces.

I Met a Greek Goddess in Nashville, Tennessee

Learning more about these methods will help scholars create more nuanced facsimiles, and will also illuminate how painting and sculpting worked in tandem in the ancient world. Skeptics of polychromy question why Greek and Roman artists would have sculpted with such beautiful materials—Parian marble, which was commonly used, has a prized translucence—and then painted over the surface, or bedazzled it with gilt and jewels. Figures that were deftly painted would have looked eerily lifelike, particularly in low and flickering light. You go to a dinner party in Pompeii, and there are statues of nude homoerotic youths, in the old, noble Greek tradition.

And then they move, the same way the sculptures seem to move in the reflections of pools and fountains. And then the slave boy comes from the other side and refills your cup. One of the advantages of establishing scientific methods to prove that classical objects were polychrome is that they provide archeologists with a protocol—a formal way to look for color before cleaning an artifact. Significant Greek and Roman finds are still being made.

Abbe and Van Voorhis lamented that, even now, such objects are sometimes mercilessly cleaned. A bust of a young African boy, sculpted in the first century B. Ancient sculptures of African people were often made of basalt and painted with reddish-brown layers to create a lifelike effect. Archeology is a slow business. The first thing you want to do is make it legible.

Treat it like triage. What you want to do is stabilize the patient. Less is more. Take the thing, wrap it up in something like neutral cotton gauze, and put it on a shelf in a stable place. Then call us, and we will come and do the micro-excavation of the surface. As we examined the bust of Julia, Van Voorhis pointed out a tendril of hair peeking out from under her wig.

This made it clear that she was wearing the wig for fashion, not to cover up baldness. Her face was so carefully modelled that you could see where her cheek was beginning to sag slightly. She had horizontal creases encircling her neck—Venus rings, I learned they were called—and a delightful unibrow, both of which connoted desirability. All this humanizing detail had been conveyed purely through form.

The first time I saw a statue that had been painted to approximate ancient polychromy, I was in Nashville, of all places. In , a full-scale replica of the Parthenon was erected in a city park there, and inside it is an enormous statue of Athena. To my eye, the figure, which was painted and gilded in the two-thousands, looked awful: her golden robes had a blinding shimmer, her eyes were a doll-like blue, and her lips could have beckoned from a lipstick ad.

It reminded me of a Jeff Koons piece that revels in its tackiness. Yet Abbe assured me that the colorized Athena was consistent with the aesthetics of the lost original, from the fifth century B. Some of the painted replicas that I saw subsequently seemed more subtle and persuasive. Nevertheless, as much as I thought that it was important to acknowledge polychromy, I still sometimes preferred the ghostly elegance of white marble. A marble head of a deity wearing a Dionysiac fillet, from the first century A. Traces of red pigment remain on the lips, eyes, and fillet.

We can still look at these things and admire them as monochromatic, neoclassical works. We can also recover the ancient aesthetics and correct an untruth. So how should we represent the colors of the classical world in museums? The Brinkmanns have made several replicas in synthetic and real marble—an expensive undertaking—and these do reflect light somewhat better than the plaster models. There is the technique component—the style, the sensibility. Verri, like Abbe and others in the field, believes that digital reproductions—computer animations and the like—can offer advantages that physical ones do not.

They can be revised as new information becomes available, and they can also show multiple possibilities of how an object might have looked. Verri created such a digital reproduction a few years ago, after he spent time investigating the traces of polychromy on the Treu Head—an idealized female figure, sculpted in the second century A. He also studied and mimicked the sophisticated painting techniques used in the Fayum portraits.

The result is refined and naturalistic. When the Eskenazi Museum reopens, in a year or two, it will host a special exhibition featuring the busts of Severus and Julia. To show the original polychromy, Abbe and Van Voorhis have considered projecting colored light on the statues for part of the day. To forget our Creator is to forget who we are, for he made us for himself. And we cannot know ourselves truly without truly knowing him who made us.

We did not make ourselves. We are not our own. Our true identity, as male and female persons, is given by God. It is not only foolish, but hopeless, to try to make ourselves what God did not create us to be. Jesus said he came that we might have life and have it in overflowing measure. He is for us and not against us. WE AFFIRM that God has designed marriage to be a covenantal, sexual, procreative, lifelong union of one man and one woman, as husband and wife, and is meant to signify the covenant love between Christ and his bride the church.

We also deny that marriage is a mere human contract rather than a covenant made before God. WE DENY that any affections, desires, or commitments ever justify sexual intercourse before or outside marriage; nor do they justify any form of sexual immorality. WE DENY that the divinely ordained differences between male and female render them unequal in dignity or worth. WE DENY that physical anomalies or psychological conditions nullify the God-appointed link between biological sex and self-conception as male or female. WE AFFIRM that those born with a physical disorder of sex development are created in the image of God and have dignity and worth equal to all other image-bearers.

WE AFFIRM that people who experience sexual attraction for the same sex may live a rich and fruitful life pleasing to God through faith in Jesus Christ, as they, like all Christians, walk in purity of life. WE AFFIRM that sin distorts sexual desires by directing them away from the marriage covenant and toward sexual immorality— a distortion that includes both heterosexual and homosexual immorality.

WE DENY that an enduring pattern of desire for sexual immorality justifies sexually immoral behavior. WE AFFIRM that it is sinful to approve of homosexual immorality or transgenderism and that such approval constitutes an essential departure from Christian faithfulness and witness.

WE DENY that the approval of homosexual immorality or transgenderism is a matter of moral indifference about which otherwise faithful Christians should agree to disagree. WE AFFIRM that the grace of God in Christ gives both merciful pardon and transforming power, and that this pardon and power enable a follower of Jesus to put to death sinful desires and to walk in a manner worthy of the Lord. WE DENY that the grace of God in Christ is insufficient to forgive all sexual sins and to give power for holiness to every believer who feels drawn into sexual sin. I affirm the Nashville Statement.

Percy Jackson and the Olympians: The Lightning Thief